After every event, and especially the recent Marches player event, I hear a lot of people talk about how much they have enjoyed the ballgowning**. I’ve never fully understood what ballgowning means, is it a subset of in-game romance? It seems to be a major part of the game which I’ve not participated in. In my ongoing quest to get more out of Empire, I’d like some advice in getting started.

Or is it one of those things where the fact that I need to ask for tips means I probably shouldn’t do it? I’ve only done IC romantic relationships in LRP where they’ve been directly for political reasons: alliances, dynastic marriages and other things that don’t seem to apply as much here.

**(Or, in some cases, traumagowning which I have interpreted as *traumatic *ballgowning).

Ballgowning is generally romance plotting based on THE FEELINGS rather than THE POLITICS. Often in direct oppositon to any IC political aims because players want to make their PCs suffer

Traumagowning as I understand it is being a walking disaster area and dragging as many people into your field of doom, madness and blood as possible. Either to try and fix it, make it worse, or just be bled all over and screamed at.

It’s best to start with players you know and trust to run with it without freaking anyone out OC.
Fair warning, I have now linked this thread on facebook and made various Ballgown-Shaped Mushroom Cloud players aware of this

My Empire enjoyment has been heavily based on ballgowning. And politics, but the two strands are not closely related. Ballgowning to me means roleplaying with and around relationships as relationships, where any political or game-mechanical fallout is a side effect.
So my ballgowning has included falling in love with someone from another nation, refusing to marry them, having a one-night-stand to make myself feel better about not marrying them, finding strings of orc ears draped like fairy lights around my house in downtime, and spending part of the next event complaining to all my friends that my ex had left rotting orc parts on my doorstep, while asking my priest in somehting of a panic to please make sure they were ok.
It has also included comforting someone whose inappropriate lover had just died in battle, mocking family members for their complex love lives, mocking friends for getting involved with Dawnish nobles, getting a terrible crush on a Dawnish knight myself, getting minor crushes on several pretty naga while loudly maintaining that I do not like naga, and so forth.

I kind of hate the phrase ballgowning. We are supposed to be playing people (most of us anyway) and as far as I am concerned, sex, love and potentially marriage is part of that so I’m not sure why there has to be a particular (belittling) saying regarding it. Not least because the very phrase “ballgown” implies a feminine side to it but in a way that makes it feel negative. I find interpersonal RP, not just romance, really adds to my enjoyment of the game. But I like people, so it possibly rates higher for me as a requirement than it does for others.

I am unhappy that romantic interpersonal relationship style rp has a name in ‘Ballgowning’ and poltical rp doesn’t. Maybe ‘steepling’ for political RP: 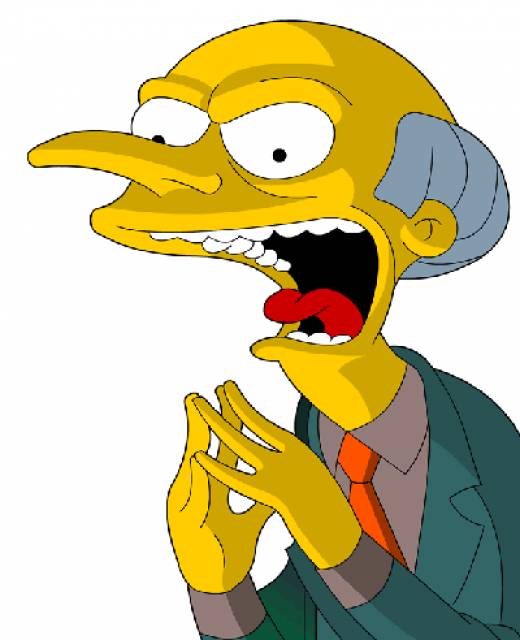 I’ve never real done much ballgowning, maybe when playing a Gnoll at Maelstrom but certainly never at Empire.

I normally think of ballgowning as social roleplay that is an end in itself. It is a part of a game is not about winning battles, being elected to the Senate or making a pile of cash. You might well still choose to do all of those things, but to some extent at least they become a background to the other game you are playing.

For example, lots of people want to be in the Senate and spend a great deal of effort making alliances and preventing their secrets from coming out. A player who defines themselves primarily as a ballgowner might want to do the same thing, but in a way that the other player thinks of as entirely backwards; for example become a senator specifically so there is a chance they will end up in the situation where their ex-lover is blackmailing them. Thus being in the Senate is not the main aim- it just provides background for the story they really want to explore.

Where I think Traumagowning becomes distinct from Ballgowning is that the former is almost entirely based on generating an emotional response, preferably with dizzying highs and lows. You find people to care about, knowing full well that they will probably die in battle three months later (just before or after you confess your true feelings for one another seems to be a popular time). One of my favourite moments at Wassail was when one character told their spouse that they loved them, but that they also loved someone else too. The ripples of that conversation spread far and wide, offering no game advantage to anybody, but lots of fun.

In terms of advice, I have noticed that different players like to go about these games in quite different ways. For example, some of them will plan scenes in advance to bring into uptime and explore (for example deciding that at the event one of them is going to play an ill-planned practical joke on the other, which may touch raw nerves of something in their backstory), but then letting the conclusion to that scene evolve in play. Others will almost entirely go with the flow.

If you decide to play with some emotional themes it is wise to talk to the other people involved out of character to set a few ground rules, especially if anything potentially traumatic or intense is going to be explored. The obvious example is scenes between lovers, where you might agree what boundaries you are OK, like what level of physical contact is acceptable (I’m fine with kissing or being kissed on the cheek, for example, but don’t like kissing other players on the lips). A common tool in uptime is a traffic light system, where you can tell each other if a particular thing is green (‘fine, carry on’), amber (‘this is OK, but don’t push it any further’) or red (‘drop this subject right now’). That can be handy if you are talking about potentially uncomfortable subjects.

Politics doesn’t really need a cool name as it’s, well politics. It knows it’s too cool for school and anyway you mess with it and it’ll destroy your nation

But yes Ballgowning, my understanding is that it’s any kind of romance plot and the more melodramatic the better, think soap opera or romance novels. It’s all that stuff with feelings that make everything ever so more complicated, the more inappropriate the feelings the better.

The advice I was given when I started with it was make sure you know and are comfortable with the person you’re going to be ballgowning with and make sure you discuss some ground rules with them, try not to make any assumptions, especially if either of you have OOC partners as jealousy can totally be a thing. Other than that give it a go, I’d not done anything like this as a player until recently and it’s been a lot of fun.

Like Mark, I believe the origin of the term was to deride people who turned up to games but had little interest in skills, spells,combat or winning. Their efforts were on costume and interpersonal social roleplay.

It says something about the evolution of LRP that this used to be a dividing issue, and is now held up as a major feature.

There is good advice already, but my top tip is to care about something or someone a lot. Don’t just shrug off things that happen. It being LRP the odds that something bad will happen to it/them are good, so trauma should follow.

Once revenge starts to happen you get lovely trauma spiralz

[quote=“HertsJ”]I’ve never fully understood what ballgowning means, is it a subset of in-game romance? It seems to be a major part of the game which I’ve not participated in. In my ongoing quest to get more out of Empire, I’d like some advice in getting started.

Or is it one of those things where the fact that I need to ask for tips means I probably shouldn’t do it? I’ve only done IC romantic relationships in LRP where they’ve been directly for political reasons: alliances, dynastic marriages and other things that don’t seem to apply as much here.[/quote]

Yup, as other posters have said, it’s a term originally used dismissively that players have reclaimed and used as a point of pride to thumb their noses at the people using it as an insult.

I think it’s a good thing that you’re asking for tips, if you’re not sure about it - always best to learn more! Political reasons are one factor in why you might plan an IC relationship, but other good reasons might be:

[ul]
] seeing how it might change a character’s existing characterisation/:m]
] wanting to give a character some sort of amusingly exploitable weakness or blackmail point in the shape of someone (possibly inappropriate) they’ve fallen for/:m]
] because OC you and the other person involved think it is amusing, entertaining or hilarious, and it is not entirely out of character for your characters/:m][/ul]

The main thing to watch out for is that whatever happens IC, you and any other players involved are okay with how things are OOC. Basically, talk through with them OOC in case you’re not sure - I think TimB covered this pretty well.

Huh, I always assumed it was costume froth