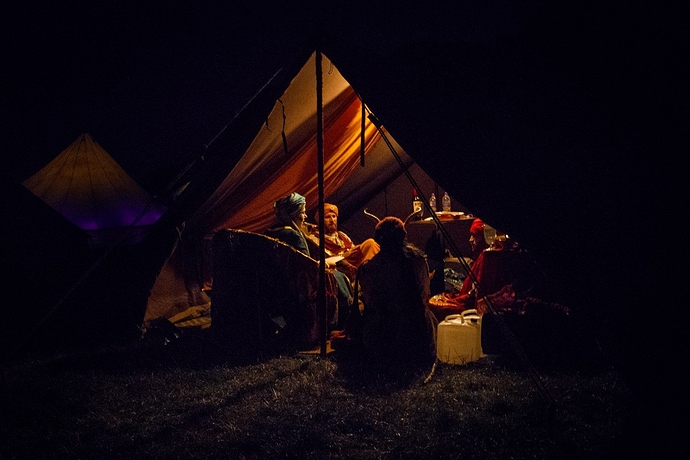 Okay! Here we go! We’ve just put live the new Brass Coast pages we’ve been working on for the last couple of months. This is stage one - tomorrow we’ll be doing stage two which involves checking all the existing pages and making sure they match up with the new material (and using some of the pictures you grabbed for me last week to make the pages less wall o’ text). I’m going to quickly try and break down the new material.

The basic update is here -> https://www.profounddecisions.co.uk/empire-wiki/Rules_update_2019#Matrilineality_in_the_Brass_Coast. In it we summarize the changes and discuss the why’s and how’s. The single biggest change is that the Coast is no longer matrilineal. Anyone can be a member of any one of the three tribes.

We’ve created a new TRIBE page which you can find here -> https://www.profounddecisions.co.uk/empire-wiki/Tribe

This details the ideals and philosophies of the Founders, and the tribes that look to them for inspiration. Hopefully, with this new material, it will mean something to be an Erigo, a Riqueza, or a Guerra.

We’ve significantly beefed up the history of the Brass Coast page (https://www.profounddecisions.co.uk/empire-wiki/The_Brass_Coast_history). We’ve also removed the old “Founders” page and replaced it with three pages - one each for RIqueza, Erigo, and Guerra. Over the next few days I’ll be tweaking Highguard and the League to line up the three nations’ histories a little better.

This material supersedes previous material. It’s based on new historical documents that came to light following the Grendel being kicked out of Atalaya.

Thanks to some sterling work done by Oliver Busby last year, we’ve created a new page about the Kohan which you can find here -> https://www.profounddecisions.co.uk/empire-wiki/Kohan

It deals a little with their history, and expands the previous material to include new options, advice on playing them, and ways to cement them as part of the coast.

After a lot of thought, we decided not to make the Zemress Islander a new archetype. We did this for a number of reasons, mostly because we couldn’t see why being one of the evacuated exiles would prevent you being (say) a scrivener, dhomiro, or hakima. Instead we’ve presented them a little like we did the Liberated Jarmish orcs in the Imprial Orcs - as a character choice you can make when creating a new Brass Coast character.

We’ve detailed a few ways in which they differ from the standard Freeborn, and given some advice on creating and playing a family of Zemress island refugees.

You can find the new Zemress Island material here -> https://www.profounddecisions.co.uk/empire-wiki/Zemress_islander

As I said, this is just stage one. Now we need to make sure all the core pages of the Brass Coast part of the wiki integrate properly; look at what the changes mean for families and existing archetypes; edit the Kohan section on Military Matters to remove duplicated material; make some new notes about Sutannir; possibly add a new archetype if we can polish it up sufficiently; and otherwise deal with the transition from Brass Coast 1.0 to Brass Coast 2.0

I’ll keep you updated as we change things around.

(Photo is by Beth Dooner)

I know one of my friends will be really happy about this. They were struggling to find a family as their character didn’t know which sister they were a descendant of. It sounds like that is less important now.

Oohhhh, that new history page is ace! I wish I’d had it as a resource when Renata was writing her songs!

All hail the new Freeborn nation. Or something. 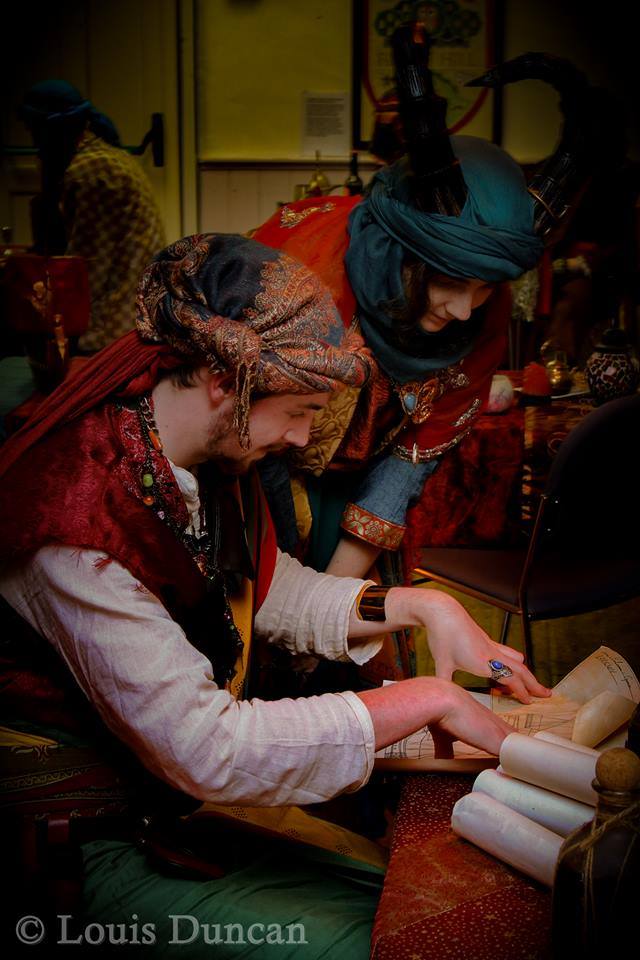 Evening folks! We’ve spent today tweaking parts of the brief and I am reasonably happy where we’ve gotten to. We’ve mostly just altered the odd line here or there, but there’s three areas we’ve made some slightly more significant changes.

There’s one other thing I’m hoping to do tomorrow if we can just get it signed off properly (the Firebrand archetype that I’m kind of keen on). It may or may not happen - fingers crossed! Either way, I think all the main changes are now made to the brief and it’s all over bar adding some pictures, and making one of the Five Things not be about corsairs.

Cheers for your patience.

I’m hoping to join the brass Coast and I understand most things about it except for the family aspect. Apart from choosing a tribe, I ended up just inventing a backstory relatively-unimportant family for my character. Is that allowed, or do we need to choose from an actual list of families amongst the Freeborn?

That is absolutely allowed, and the way the majority of people do it if they aren’t joining an existing family in play (which should only be done with the agreement of those players). Your made-up family doesn’t have to be unimportant though, after all they are important enough for one of their members (your character) to be travelling to Anvil =P

Oh ok, thanks for the clarification XD. I made up the Lakvatika family; formed from a group of corsairs who spent their winnings in inland Feroz. Only the oldest generations know about the time when the Lakvatia’s traded the seas. Now their descendants, including my character, have a more sedentary existence running some orichalcum mines. Having read a few adventurous mystery books when he was younger, my character decided to try and overcome his introverted nature and strike out in Anvil to get away from the sedentary lifestyle of his family, however he is woefully unprepared for such a task XD

The brass coast tend to be fairly extroverted. Their Magic and Hearth Magic are all about interactions with people. All three tribes have something about them that suggest boldness or the willingness to express themselves no matter what. However Merrows are by nature a little bit introverted. Usually they are sent of to urizen as they are more suited to that kind of life style. I think with brass coast family life, is going to be very colourful however it may get a bit much, especially if it is in a direction you aren’t interested in. I just think that is something to think about.