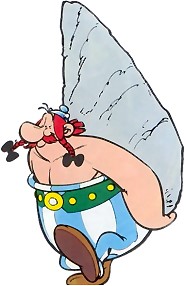 So! We’ve been working on an overhaul of the Hearth Magic pages for the last few weeks. This weekend, the boss got to writing the Marcher Hearth Magic page and it was then we discovered that whenever we’ve used the word “dolmen” on the wiki, we’ve almost always meant “menhir” or occasionally “monolith.”

It turns out that a dolmen is not, as I have always believed, a single brooding stone that might loom over a boundary or stand in a big circle around sites that bode. It’s a type of ancient burial chamber involving five stones one of which has incomprehensibly been balanced on top of the other four.

I’ve consequently just finished a quick edit of the wiki replacing most references to dolmen with either “menhir” or “standing stone”.

There are real dolmen in the Marches, they’re just not the standard arrangement of stones.

My suggestion is that in conversation people should feel free to use “dolmen”, “menhir”, “standing stone”, “obelisk” and “monolith” interchangeably and the only people who might really worry about it would be pedantic Landskeepers who care about using the “correct” professional jargon for lumps of rock.

Pedantic Landskeepers who care about using the “correct” professional jargon for lumps of rock.

Don’t like to plug myself, especially not on very topic-focused forums like this one, but I thought it might bring a smile to the face (or at least a brief smirk) to see that this update inspired my post for the day. I present, the Menhir Mage.