Knitwear in the Empire?

(I wasn’t realy sure about whether to put this here or in Costume and Crafting, so sorry if I made the wrong choice)

So I’m looking at coming to an event this year with a friend (we said that last year, too, but now I have a shiny new job that comes with alternate weekends off), and one of the things I’m really hoping is that I’ll be able to pull costumes together with items that will be able to be used outside of Empire and LRP in general. We both knit- I’m in the process of teaching her some more complicated techniques (and my shiny new job comes with a shiny yarn discount), so I was hoping to combine Empire prep and knitting sessions. But I was also wondering about the presence and/or suitability of knitwear at Anvil. 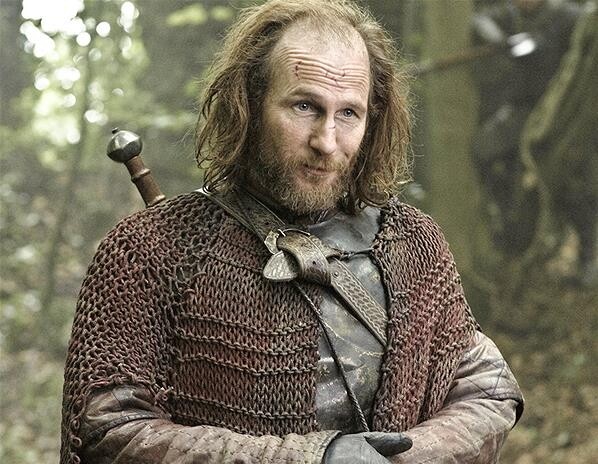 While not empire Thoros of Myr rocks the knitted surcoat

This is entirely my personal opinion, and I’m terrible at knitting.

Personal opinions are definitely welcome- after all, it’ll be other people on the field that would potentially find it jarring! Among the many issues with the BBC’s Robin Hood, Maid Marian’s knitwear was particularly irritating (wait, that was all aspects of all her costumes, not just the knitwear…).

I think knitting is fine for several nations, particularly the marches, Navarr, wintermark (particularly Kallevesi) and perhaps the imperial orcs. The most important thing imo is the tone, the less modern looking the wool the better

For knitting projects I would suggest mittens, socks and caps (have a look at Sally Pointer sallypointer.com/shop/index.php?cPath=3_33 for ideas, although they are probably more Marches than Dawn and some might look a bit odd for everyday where).

I think a shawl would be better than a cardigan for an extra layer of warmth.

You could also think about knitted animals / dolls for children. There does not seem to be many IC toys around for children and I would happily buy a knitted horse for my daughter, for real money or for IC trade (if you would be interested in that type of character).

It certainly seems to fit Wintermark well from this example. Looks toasty too

In fact that looks very much like a version of the hooded cowl in the OP’s post. 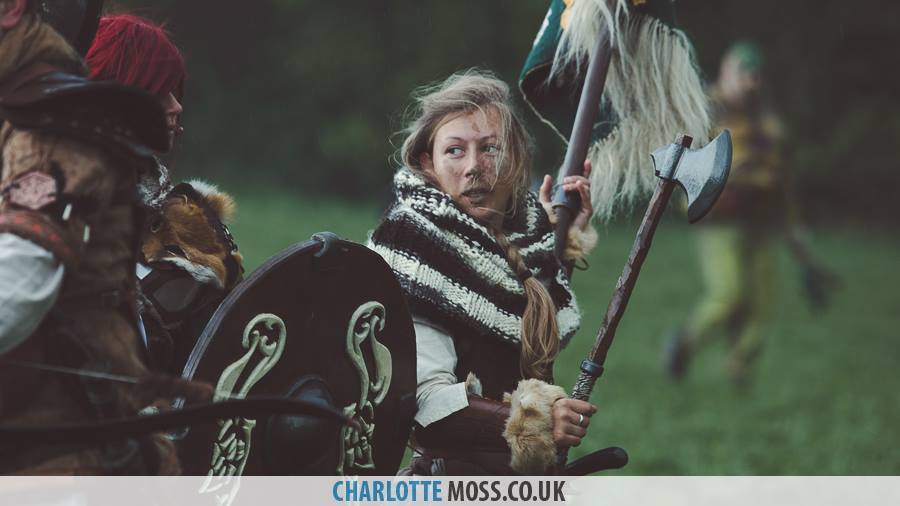 While knitting’s been around in forms not much removed from what we do now for centuries, a lot of knitted garments have not. Accessories like stockings, hose*, socks, hats, gloves, shawls etc have been a thing since long before the knitted sweater was even thought of.

So, even though you could make a knitted jumper or cardigan with Empire level technology, I’d react to it in the same way as I’d react to a Victorian style gown- with surprise and confusion, even though it isn’t jeans or trainers so technically allowed.

Knitted accessories are great though, especially in colder nations like Wintermark and Varushka, and gloves in colours and styles appropriate to the nation work anywhere. Picking your yarn to be plausibly IC would be good if you can- the currently fashionable eye-searing bright colours wouldn’t be fantastic, but there are definitely good options to suit all budgets. I could expound on this subject at length but here is probably not the place.

I hadn’t really thought about knitted toys until reading this thread, but they sound perfect too!

*In this world, knit hose didn’t really start being used until the late Tudor era, but I don’t think this is a huge issue given we have magic and dragons and so on.

When I turn up as an imperial orc I’m going for the thoros style knitted over garment, mind you I’m not going to have to worry much about keeping warm given what I’ll be wearing anyway for my Orc

When I turn up as an imperial orc I’m going for the thoros style knitted over garment, mind you I’m not going to have to worry much about keeping warm given what I’ll be wearing anyway for my Orc

I’m not sure that’s supposed to be a knitted over-garment - it looks a lot to me like it’s good old knitted chainmail (the cheaper, lighter version of actually wearing chain if you’re not going to be seen close up). Especially given the colouring looks like it’s pretending to be rusty chain.

One thing I can promise is that there will be no attempts to pass knitting off as mail - I have plans for an ambitious set of chainmail that will probably appear 2016!

Knitting totally goes in Urizen too, we just tend towards lace knits

[quote=“Ariadne”]Knitting totally goes in Urizen too, we just tend towards lace knits

The Knit of the Heavens!

Picking your yarn to be plausibly IC would be good if you can- the currently fashionable eye-searing bright colours wouldn’t be fantastic,

Hello, allow me to introduce myself. I’m from the Brass Coast

Picking your yarn to be plausibly IC would be good if you can- the currently fashionable eye-searing bright colours wouldn’t be fantastic,

Hello, allow me to introduce myself. I’m from the Brass Coast

My natural instinct would be to go for the colours that we’d be using for the rest of our costumes so won’t be breaking out any neons (although admittedly my personal colour palette tends to black with occasional grey so I consider the colours of Dawn to be eye searingly bright!).

Lacy knits in Urizen, you say?.. I must check that we’ve really thought through our nation choice… but then again, chunky knitted warmth in Wintermark is also appealing… oh, pants.

ALSO: with horses being extinct and Highguard having played a role in that… would knitted horses potentially cause offense? Just wondering, probably somewhat silly a question but I figure it’s better to ask it now!

Horses are a virtuous and imperial symbol, nothing wrong with representing them at all!

What Dre said, there is Horse imagery all over Highguard and the Empire as well. Cantiarch’s Hold’s chapter symbol is a horse, it’s also a symbol that the imperial civil service. Also knitted horse toys would be super awesome so you should totally do that

Knitted horses will happen. A pattern has been chosen and everything.