League, low collared shirts, can I get away with big frilly or best to avoid it?

I’ve been doing some reading of costuming for the league, I was wondering why shirt collars are a no, no. I’ve known about this in other systems in the past so i’m okay with it.
I was wondering how partlets and ruff type collars are seen within the league? It fits the time period of inspiration but the “no shirt collar” part of the specifications made me wonder if that part of 1500 fashion inspiration has been negated by the league?
I personally adore a big silly fluffy up-right collar, but if it wont be received well/ isn’t appropriate I shall opt for a more classic collar. 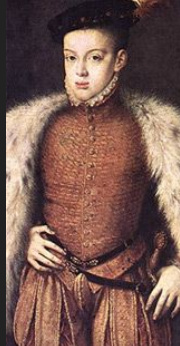 This is the kind of collar I’m referring too^
Either way I don’t mind, I just love frilly parts!

I think it’s about specific renaissance influences, not general ones. Whoever wrote it had something in mind, but the only thing I know is ‘out’ would be English (Tudor) fashions.

I suspect it’s all about cultural distinctiveness; Tudor England is too close to Marcher and Dawn maybe.

Yeah, that’s what i was thinking, but neither of them also have the classic collar high collar?

Better to play it safe though!

It’s more to do with time periods. 1500’s in most cases is too late for the League, and English Tudor high class is definitely not right.

Most of the league should be late 14th century, which is pre collars on anything just about, at least for Southern Europe which is what you’re aiming for.

Exception for the date is the landsneckt stuff which is mid 15th century, but they put all the embellishments on their sleeves, bodices and legs, again no shirt collars.

If your budget and/or time can stretch a shirt without a collar is better. Otherwise can you remove the existing one (usually only unpicking one seam, and then sewing the neck edges back together, which isn’t too hard by hand) or if it needs to do duty in another system folding the collar in perhaps?

Scrolling through the pictures here show what is being aimed for: https://www.profounddecisions.co.uk/empire-wiki/The_League_costumes

aaah if it’s the Urizen then that makes sense!

I just wanted to know if It was a hard no or a soft no. Either way! Now I have a good frame of reference to plan my kit around!
I also wanted to know the reason behind it, as there was never a reason stated, which is what threw me initially.
Good to know it is in fact a cultural thing though!

All costume is aspirational. If all you have and/or all your budget can manage is a shirt with a collar then tucking the collar in will work fine.

When you have time / money / luck with a charity shop / cloth and someone who can sew you can replace that shirt with one that is more on brief.

It’s more to do with time periods. 1500’s in most cases is too late for the League, and English Tudor high class is definitely not right.

Right! 1490s Venice (at least for Sarvos).
The first thing in the League costume “Things to avoid” section is “The 16th Century”.

Most of the league should be late 15th century, which is pre collars.

Exception for the date is the landsneckt stuff which is mid 16th century, but … again no shirt collars.

(…and even that started in the late 15th, if we can trust Wikipedia: Landsknecht were winning battles as early as 1490, and the first of them were trained by Swiss soldiers who had already started to popularise the many-slashes clothing-fashion that the Landsknecht took to extremes and spread across Europe.)