Hi all! So, a full year has come and gone since I first tried to play at Empire (yes, woe is me, moving swiftly on), and in that time I’ve had a lot of opportunity to prepare for whenever I do FINALLY make my debut! Lots of my character kit has been assembled, but at some point during the ominously-long dark I started to put together a generic monstering kit too! Now, my question is this; do y’all have any photos of existing monster kits so that I can get a feel for the aesthetic? Bc I’ve been through hundreds of Beth and Oliver’s photos on FB but struggling to find lots of clear pics specifically of barbarian orcs. Of course the wiki has a few, plus descriptions, but it would just be awesome to see some actual examples. How much effort do you put into your monster kit? Is there such a thing as too much? Many thanks!

Here are a few: 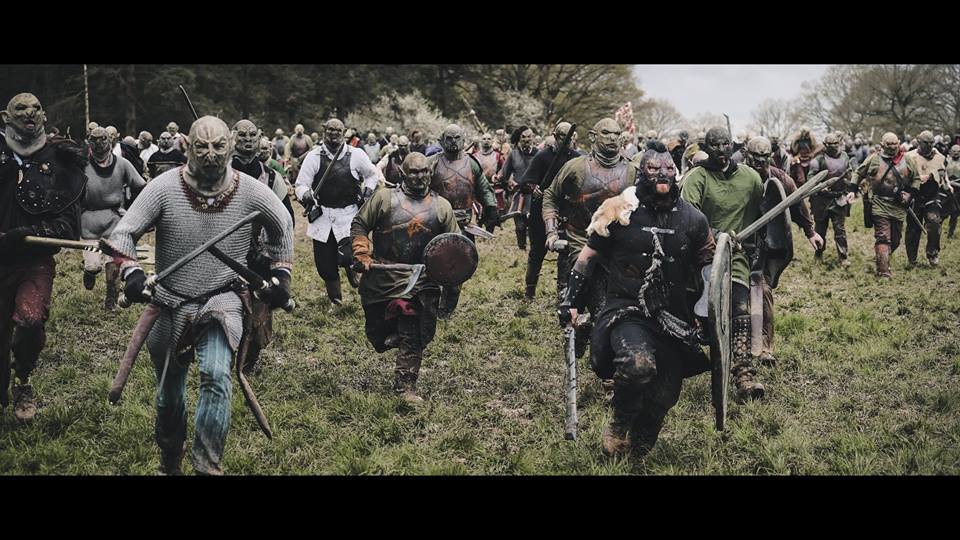 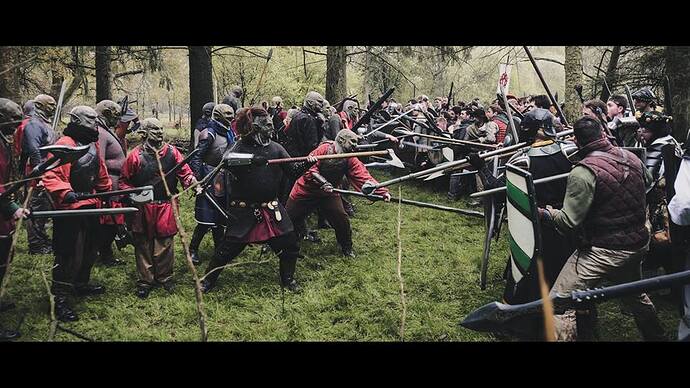 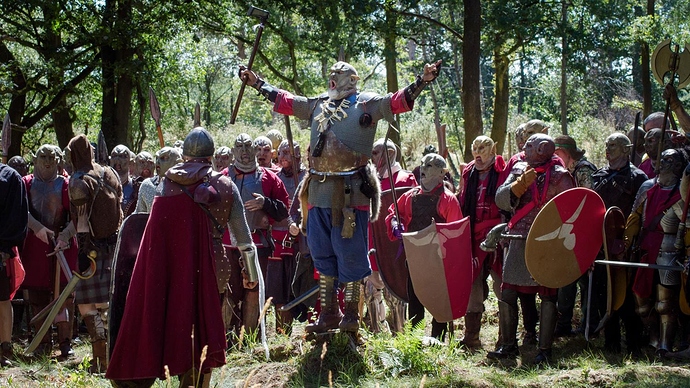 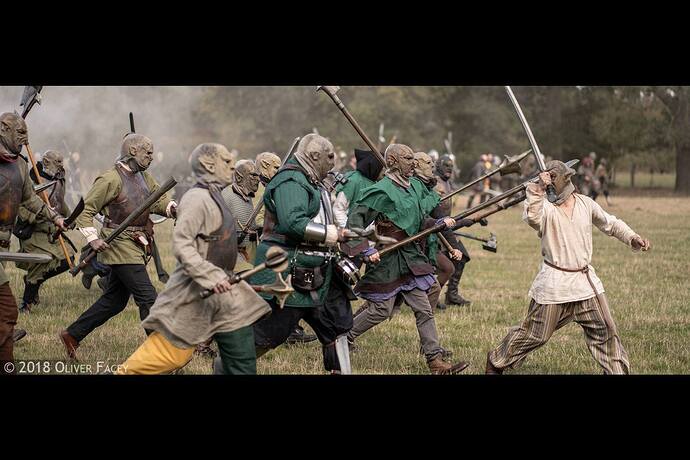 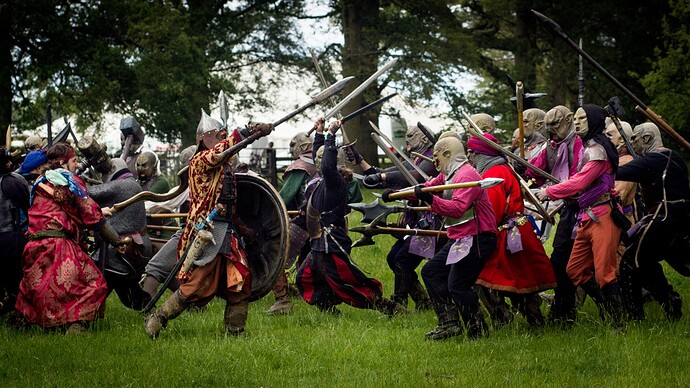 From the top, we have:
Druj charging in a disorganised mass.
Jotun fighting Wintermark
Jotun taunting the Imperials (who could possibly be playing that Orc at the front?)
Druj spotting a vulnerable spot and charging
Vallorn Husks emerging from the woods ('cos it’s not just the orcs…)
And Freeborn vs Grendel
(no good Thule photos for a while…

My monster kit starts off with a grey/brown/tan shirt, some generic grey/green trousers, and customises from there. For the Grendel I have a purple top with sharks painted on flags on the sleeves, and several ornate sashes. For Jotun I have a red top to go under some generic armour. For Druj I have a green top. For Husks I have my last characters tabard

This all makes up functionally a carrier bag of a few spare shirts, all of which I could wear under my usual kit if needed, as an extra layer. What I am guilty of (and this is likely too much) is bringing weaponry to monster with. A spare monstering sword is likely fine (if your IC one is distinctive). Monstering shields, armour, and crossbows is probably pushing it.

Basically: Barbarian orcs in Empire are colour coded (for your conveniance). A few shirts or plain tops (reccomend polonecks)in the right colours is pretty much all you need. A hunt through some charity shops can be a good start.

Extra tags, decoration, some thin black gloves and a scarf… help, but are not essential.

As with character kit though, there’s no upper limit on what you could wear, and for the same reason. PD seem quite keen to develop the barbarians; so they feel less like [disposable orcs numbers 1 to 500] and more like [Nation N#12, Gutkicker Tribe of the Druj Animosity, with full command structure, combat specialists, healer corps, and their own objectives for the battle]. 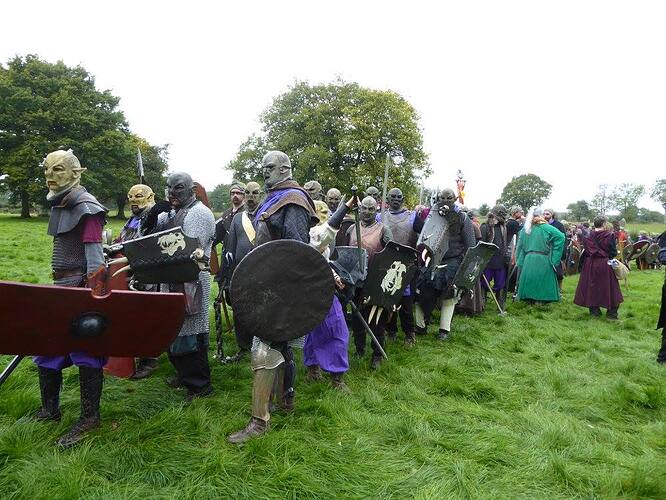 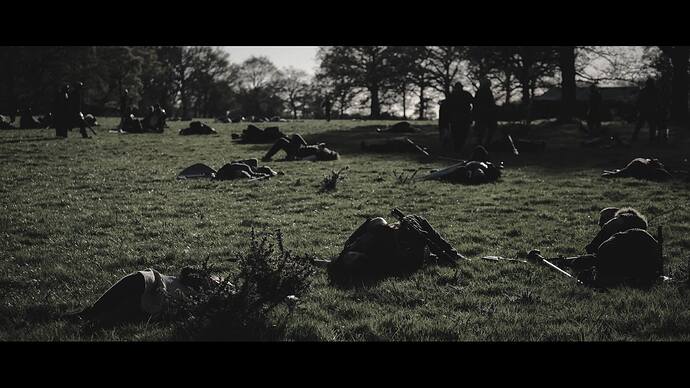 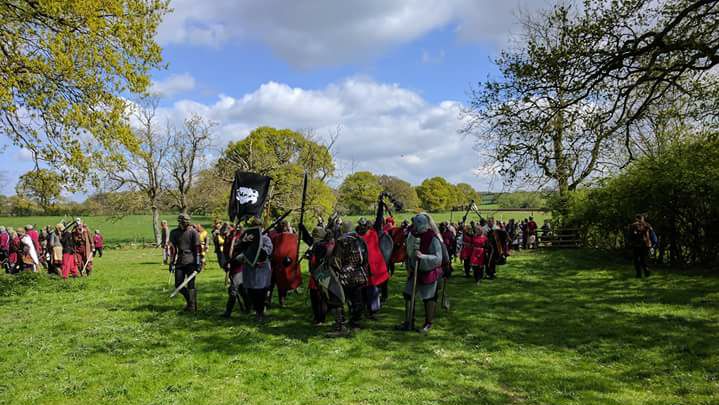 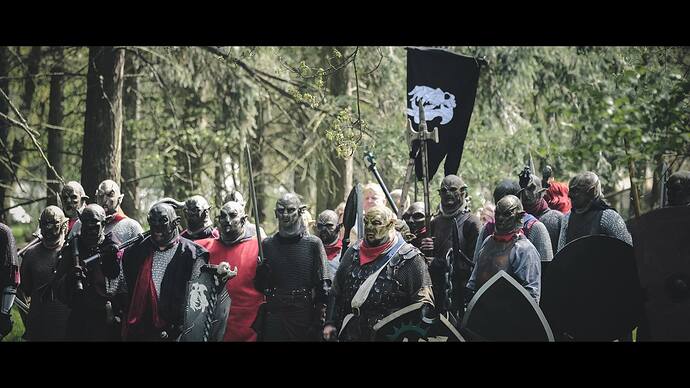 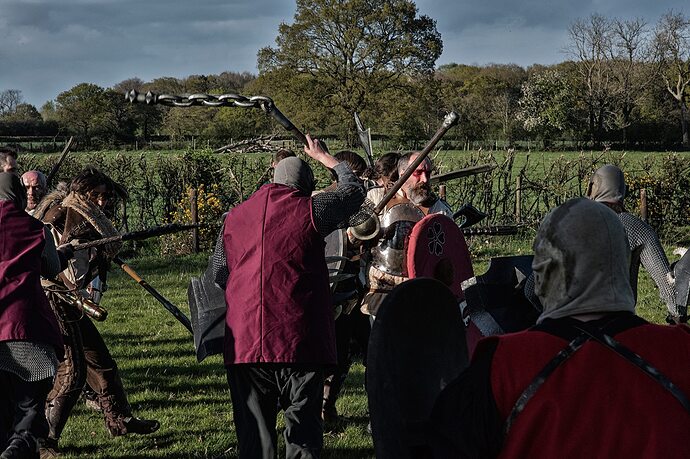 Here’s one of the Navarr Emu (Jotun unlvenwar) minutes before going of to give wintermark a good kicking. 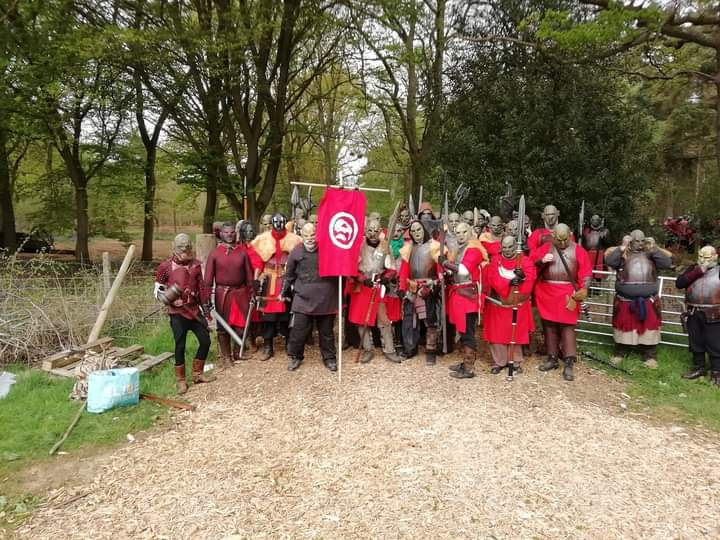 We’ve had a few wardrobe updates since it was taken but with no events you’ll have to wait to see them next year.

Some of my favs: 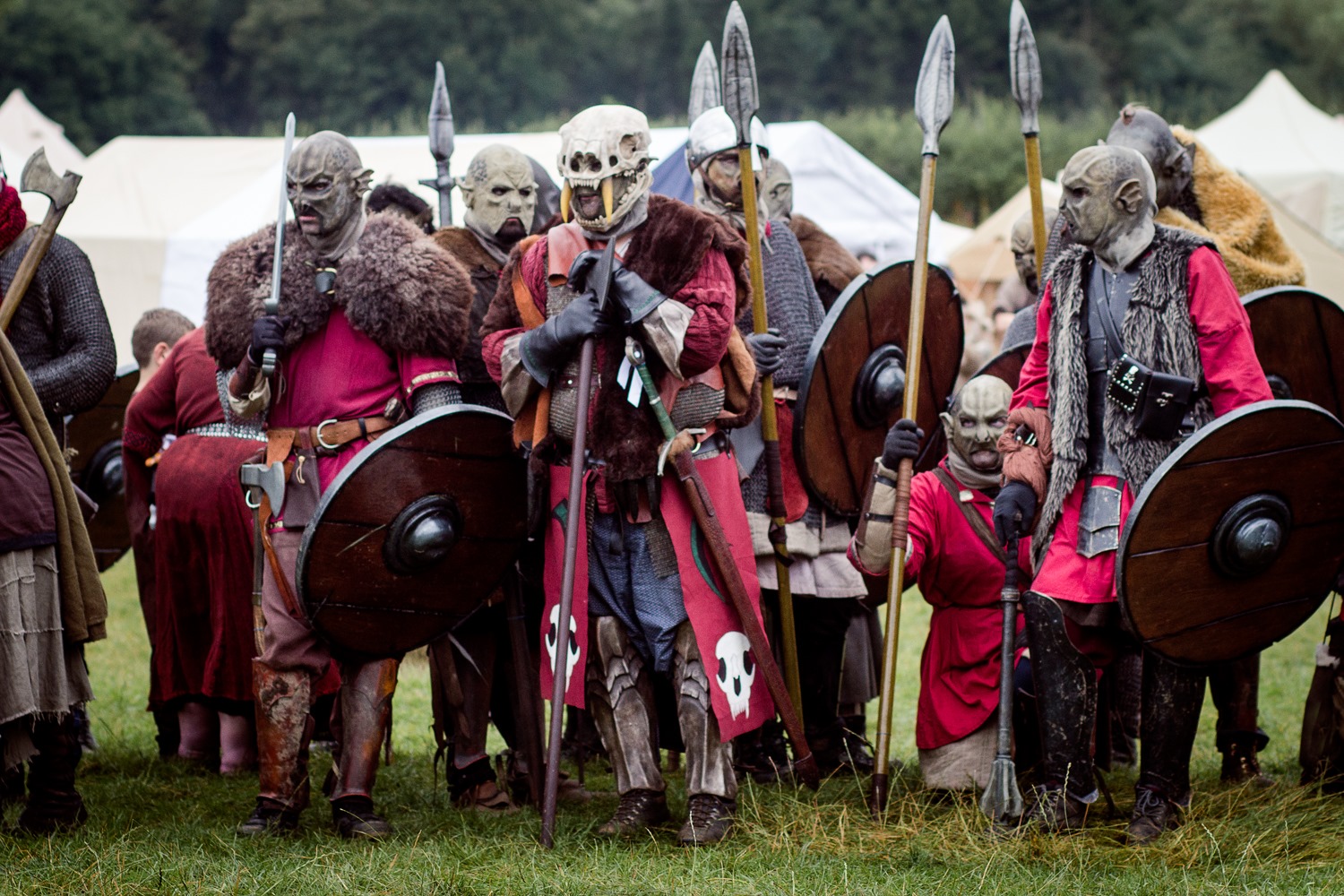 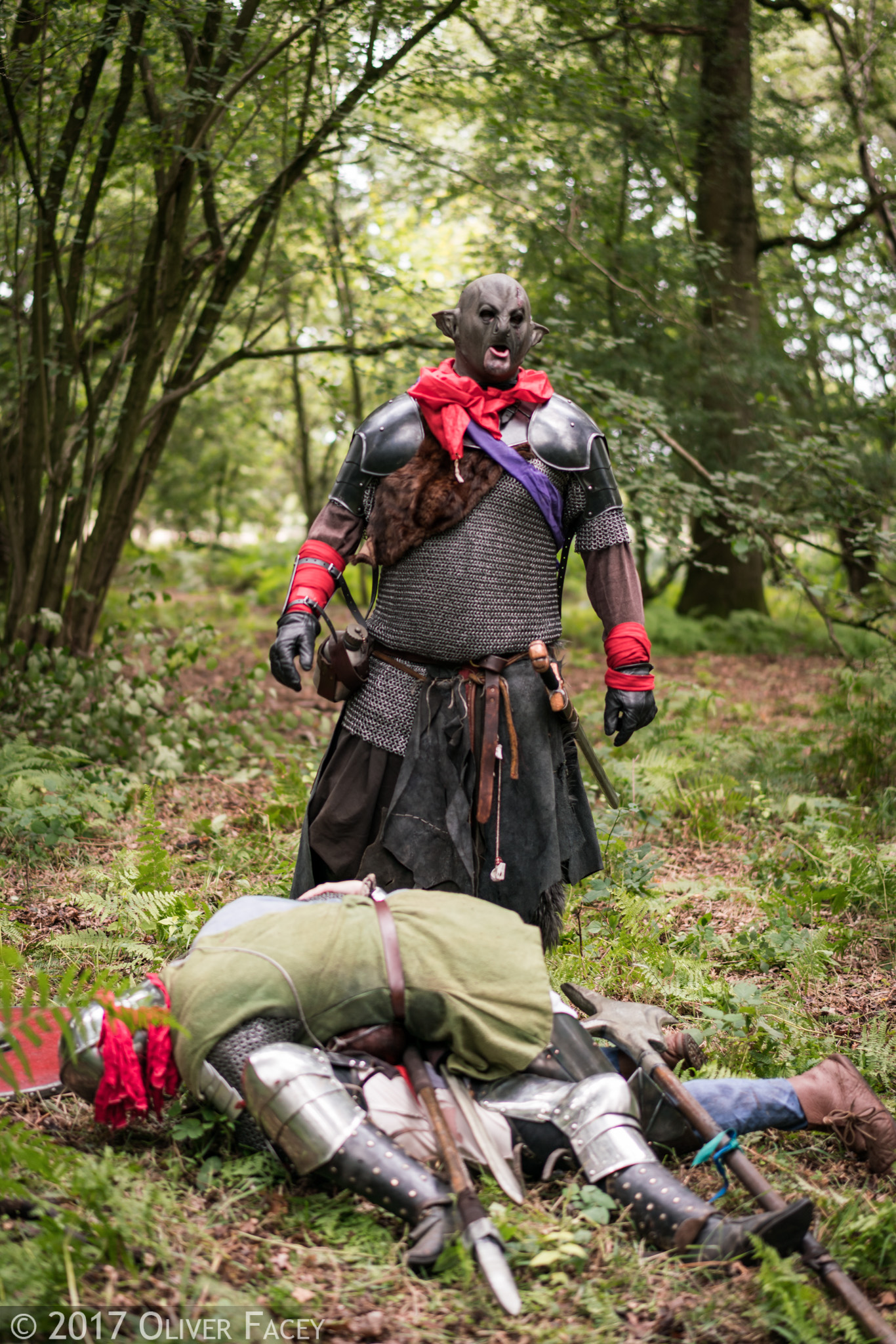 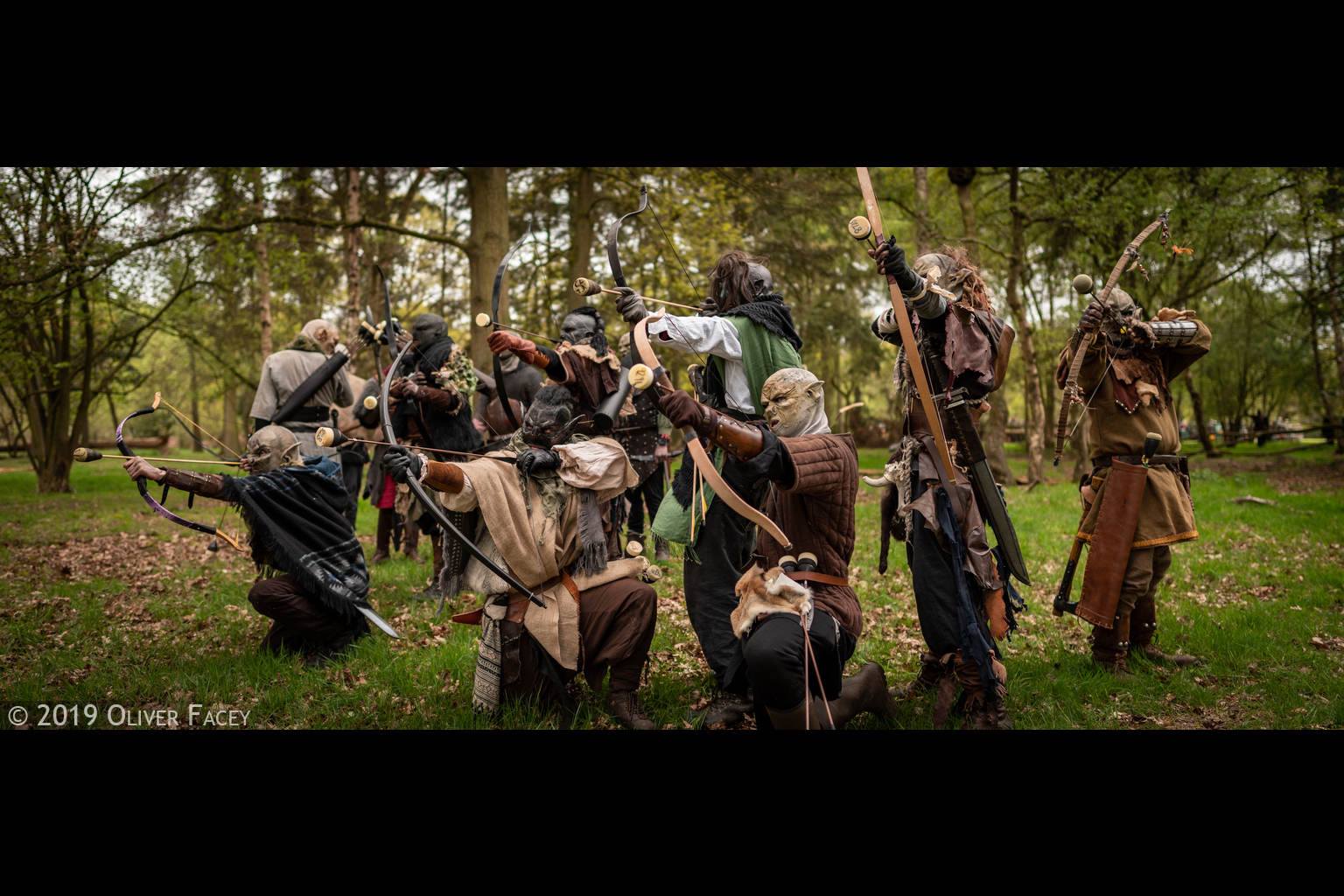 Friday evening skirmish, Freeborn versus the Grendel! (photos by me) 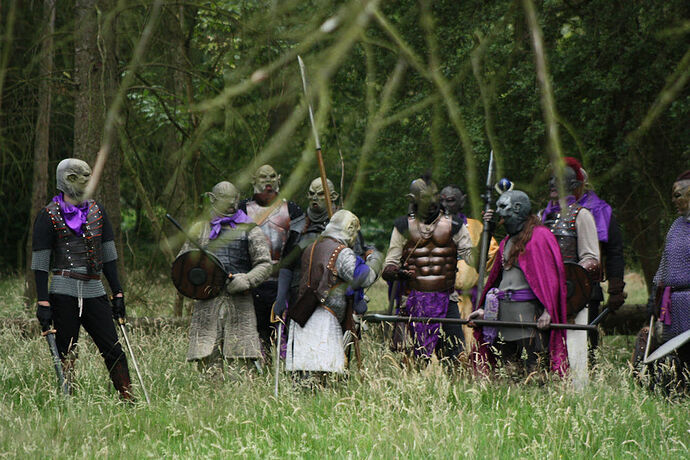 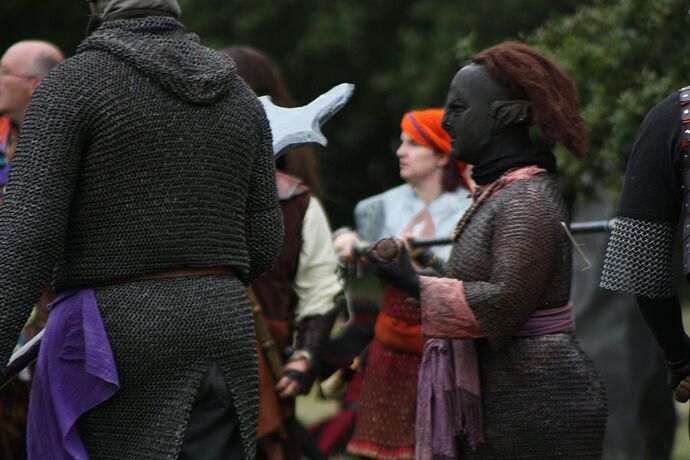