All across the Marches, and indeed the empire, those who have set themselves to the task of taking back the Mournwold have taken to wearing the Mourn Flag, be it on their cap, on the breast of their tunic to wherever. Some wear the blossom, and some a badge cast of tin, or of welt-silver or green iron, as their prosperity allows.

The Mourn Flag ( or Miner’s Mate) is a hardy flower that blooms year-round. It favours broken or disturbed ground, growing thick on old mine tailings, over graves, and on hillsides where there is runoff from a Green Iron vein that’s broken the surface. Canny miners will look for beds of the flower, and follow them up-slope up the hill, and like as not they’ll find a spot worth mining.

one version of a token, 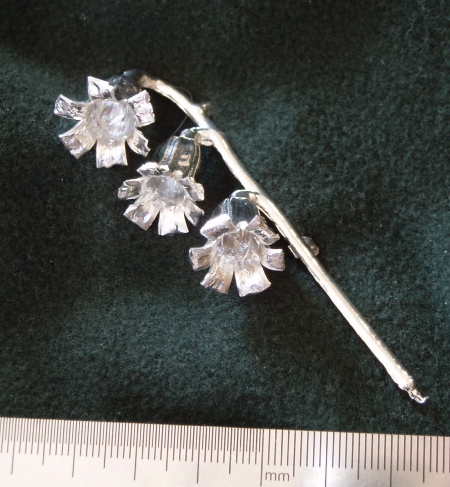 Various songs and poems have started circulating in Taverns and Wayhouses along these lines,

The Mourn Flag blooms when ‘Wolder’s work is done
Where Green Iron’s mined or Miner’s laid to rest.
And now the Marches’ labour has begun,
We’ll muster every virtue, give our best,

To free the Mourn with blood and sweat and toil
And plough the Wold thrice o’er from March to Moor
Each Soldier, Farmer, Alderman, all loyal
Will give their all, though prosperous or poor.

So pluck the Miners Mate and wear it’s flower
All you who strive to break the Jotun’s Hold
Till by our works and our collective power
The Marches Bounds are Beaten round Mournwold.

And if by chance we fall and come to lie
Beneath the Wold, there let the Mourn Flag fly.

Some sing it to the old HighGuard Processional ‘The Virtues Anthem’
(profounddecisions.co.uk/medi … anthem.mp3)
Some to the Marcher Hymn, ‘Good Walders Progress’
(northshield.co.uk/KitsTunes/mournflag.mp3)

The Badge in use: 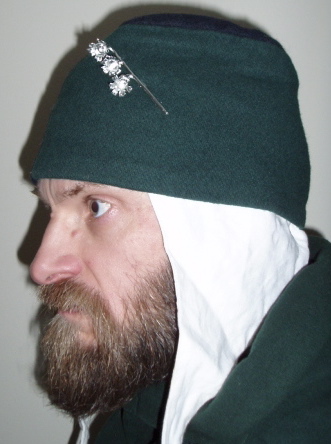 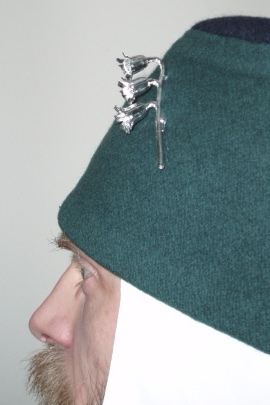