Show us your Bling

Here’s an opportunity to show off your character’s bling for Empire. Give us a picture of it or you wearing it in game

Here’s a recent Xmas gift of my chapter symbol, a celebratory Kraken from the raid on Dubtraig and my Seventh Wave cloak pin. All on my very fine and blingy veil 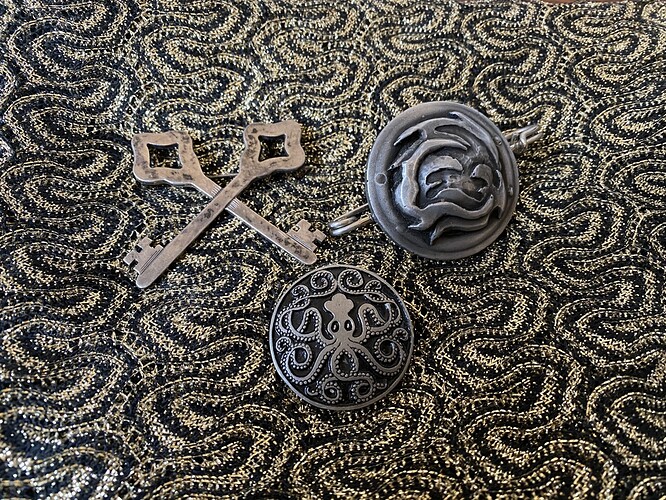 Circlet:
The Crown of Spiders (and ahem the side-effects)

Neck:
Circle made from guitar strings from a striding-mate
Emergency Elixir Vitae from a General I was Adjutant for
Symbol of Sung
Symbol of Arhallogen

Chest
Symbol of the Black Thorns, who I was Adjutant for at the time this was taken 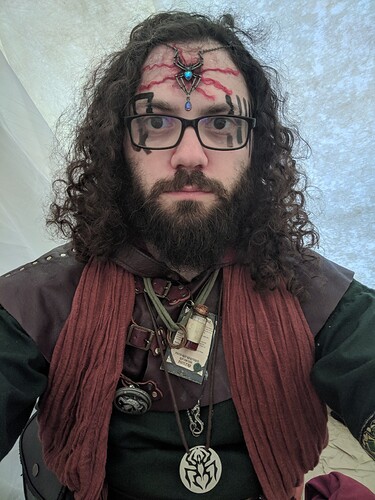 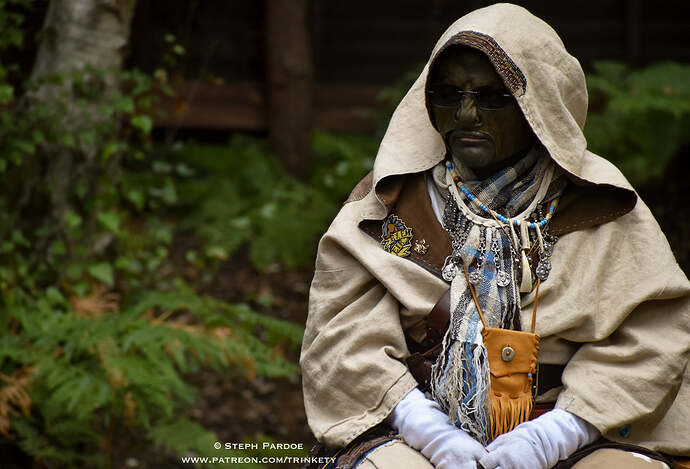 Horse tooth on a leather thong [from Amber Wolf Workshops (‘AWW’)]. A jingly metal discs and dangles necklace from Shaila.de . A carved antler token (by AWW), with two carved bone ‘fangs’ or ‘claws’, and bone and glass beads, strung on a cord. Deerskin pouch with lammies. Gender badge by Trinkety. Empire crown badge by Violet Illuminations/Paul Wilder. Handwoven neckscarf by me.

The Worth of any of these objects is yet to be decided, as my character has yet to be at Anvil for a Summit.