Got talking with a Varushka player earlier and they got very excited when they saw my tattoo.
For context, I have a Manchester Bee tattooed on the inside of my right-hand wrist. (+See Below)
They said that in Varushka lore, bees are pretty big symbols so it got me thinking: Are there any other major tattoos/symbolism elements regarding tattoos?

I know that the Navarr (A nation I am considering joining with my first character) are known for their tattoos from the wiki but I was wondering if amongst the nations there was like an unwritten code of body markings, like some tattoos in real life. Eg: A tattoo marking you as a mercenary / In memoriam of a fallen comrade / A sign of something from your character’s history.

A marking I am considering making for myself is a Ravenskull bound in either roses, rope or some other binding on my inner left arm. No idea of a true meaning yet but I’m considering binding it with the idea of an old family crest for a story idea once I’ve detailed any other symbolism.
(Going to use material from a pair of tights to make a sleeve and draw it in markers since I have no idea where to buy a custom temporary tattoo like that. If anyone does know how to do it and I can afford your services, I would be happy to send a PNG once I have a finalised design.)
(++See Below for Initial concept I am basing this idea on)

Look forward to hearing your thoughts on this topic! 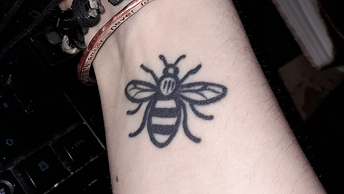 Every nation has symbols and such that can be tied to their culture and their hearth magic. The raven skull would work well for winter mark as they have that kind of bleak winter feel to them. The rose would work better for dawn as they are all about romance and things like that. Apparently the colour of the rose also has meaning. It is less about the tattoo however.

I know that navarr are the main people for tattoos but I’m not sure about any other nations specifically going for them. This doesn’t mean you can’t turn up with a tattoo for your nation but it also means that you aren’t going to suddenly have a major connection to something just because it is a tattoo, the symbol will more likely be what is important.

Might be a little spoilerly regarding the plan I have for my character, but do you know what the most prominent “bad” symbols are? Like, something that a character from a shady history would try to hide?

Curious since this might play into a story idea I’m working on. Might not be to do with the Ravenskull but certainly something interesting I’d perhaps like to play with design-wise

It all depends on the nation. I think the hydra in dawn sort of tells everyone you are a little untrusty worthy. In the brass coast, black and white are seen a bad as they represent death and poverty respectively.

What you’ve said has just jogged my memory. There is a criminal group called the Vyig who get tattoos. Maybe look into that. https://www.profounddecisions.co.uk/empire-wiki/Vyig

If you are really looking to be bad then there are two things you can do. Look into heresy, the most extreme way of this is following a false virtue. There isn’t really an official symbol for any of the virtues but you can design something to represent one of them.

The second one is becoming a wendigo cultist. He is an eternal (powerful magical being) that promotes cruelty, selfishness and cannibalism. https://www.profounddecisions.co.uk/empire-wiki/Wendigo. He is probably the most hated of all eternals in the empire.

There is no real way of working with the barbarians against the empire so that isn’t such a big deal otherwise that would also be on the list of bad things.

You may find the list of beasts and similar on here useful:

As you can see, your bee is a pretty positive one, and often used as a symbol of Prosperity.

You really need to read up on the Vyig! - https://www.profounddecisions.co.uk/empire-wiki/Vyig

I remember some plot happening around the Vyig a while back. I don’t recall the details but I think a rising Vying gang got broken up by the Militia and others.There was definitely stuff in the Winds of Fortune, so worth having a look back at that.

If you are really looking to be bad then there are two things you can do. Look into heresy, the most extreme way of this is following a false virtue. There isn’t really an official symbol for any of the virtues but you can design something to represent one of them.

Regarding my initial character plan, I’m not so much aiming for them to be bad or evil, but more so have a bad history regarding their estranged family which led them to running off and banding with the Navarr yet something from their past marked them with a symbol which would make people “think” they were bad, like a criminal’s or heretic’s mark placed on an innocent who now has to carry that history. Something similar to the Outsider’s Mark from Dishonoured, or the “Mark Of The False Shepard” from Bioshock Infinite.

I’m trying to give my character as many avenues for roleplay scenarios as I can so by setting up some foundations, so I should be set by the time I get to come and hang out around as my roguish self about June time. (Here’s hoping

I think I referenced Trevor Belmont from the Castlevania anime in my first post so if you want a vague idea of how I’m planning my character’s personality, you can check him out. The series is on Netflix, but there are some good clips on Youtube if that’s what you’re into.

If you want people wondering about your past, have something unusual in your costume, something that might not be on brief but isn’t something that you are told not to wear. I’m not sure if it is possible to get a spiritual or magical mark placed on you before attending the event, maybe talk to PD about that.

I’ve looked at the character on youtube. Maybe he could be ex-dawn so there are a few subtle hints to this. You could then look into their heraldry and maybe get one of the creatures with negative connotations. I doubt many people in navarr will understand it, they may comment on it but until you go to dawn, you will probably have no one thinking that you may be bad. https://www.profounddecisions.co.uk/empire-wiki/Legendary_beasts.

Alright. Sounds good to start with.

I know the player I was speaking with said something about ex-Highguard/born given the family ties and heritage thing and said that quite a few Navarr have the story of running from said heritage due to societal pressures.
The main thing which is drawing me to Navarr is that the travelling rogue/mercenary archetype fits relatively well with my initial idea, as well as the thought of most Navarr being a lot more accepting of them despite their potential history in comparison to other nations. However, I know that I want the family history to be a bit of a personal story point that can work my roleplay around so any opportunity to make that a sticking point would be awesome for helping along roleplay & storytelling.

No problem, if you need any more help, just ask.

A tattoo to avoid is having the rune Irremais on your cheek as this is a sign of The Freezing Brand of Irremais.

One thing the Navarr Brief says about Tattoos is:

Most tattoos are done with a dark red ink, symbolic of the blood that flows beneath the skin. It is not unknown for Thorns and Brands to permanently tattoo their warpaint. Thorn motifs are the most common design. Other common motifs are include blood, twisting plants, star-shaped flowers and feathers.

So depending on where you got it from you might want to avoid twisting plants. Or perhaps the skull was the original tattoo and you got the twisting plants and flowers after you became a Navarr?

I’m not sure about the idea of a criminal’s mark as for that to work it would need to be widespread in the Empire for people to recognise it. And the V for the Vyg + Irremais are already in use in the shared gameworld for other things.

If you had the tattoo to remind you of a story in your background, that would work I think and you could mention it if the subject came up to someone you trusted. But I wouldn’t rely on people recognising a symbol as “my family is bad news”. My tattoos below all have stories behind them and help mark me out as a sailor, I think they help build character because I can bust out a story about “Atun’s Lantern” if I need to.

I mean if you want a bad reputation, then have you thought about being a Briar? It’s a bit more difficult in Navarr (also Highguard) but it won’t mean you’re kill on sight, just make people not trust you necessarily unless you prove yourself.

Oh complicated Tattoos wise, if you’ve got a laser printer try using this brand of Temp Tattoo Paper. You’ll need to do some test prints but this is what I got out of it. It works quite well I find. 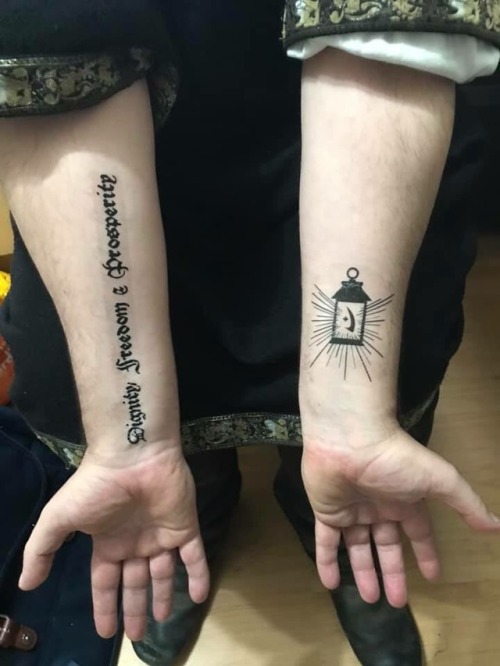 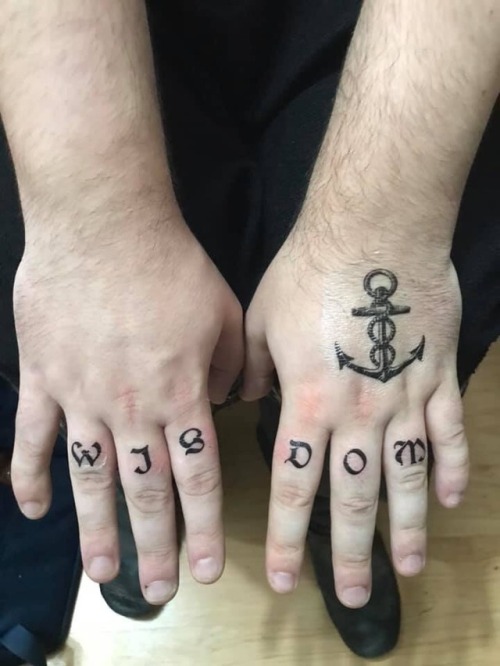 People also make and sell such paper for inkjet printers. I’ve never used either kind though.

A tattoo to avoid is having the rune Irremais on your cheek as this is a sign of The Freezing Brand of Irremais .

Ooh, that would be nasty. “Right, we’ve done the ritual, but that only lasts a year… so we’re going to use a branding-iron as well.”
(Or a tattoo as well.)