I was invited by the forum mods to toot my own horn and make mention of this, and I figure there’s probably a fair bit of crossover between Empire LRPers and interested tabletop rpg gamer types! I’m one of the plot writers for Empire but obviously this doesn’t have anything to do with the lrp itself, hence the Off Topic tag

So anyway, exciting times! The kickstarter for the new Trinity Continuum rpg books has just started. I contributed a good several thousand words to the new Trinity Aeon corebook, so I’m eager to see this coming to fruition and arrive in the hands of players round the world.

Some of you may remember the old Trinity tabletop rpgs, including Aeon, Aberrant and Adventure!; this kickstarter includes the new core rules system and modern-day setting, and the new Aeon setting book. I believe the other settings will follow at a later date. I’ve really enjoyed playing my part in updating the optimistic sci-fi setting of Aeon to its current incarnation and it looks like the whole team of developers, writers and artists involved in the project have done a great job making it all happen.

So I encourage people to have a look and, if you’re interested, back it - especially since a really successful kickstarter probably increases the chances I’ll get to write on future Storypath and Trinity products 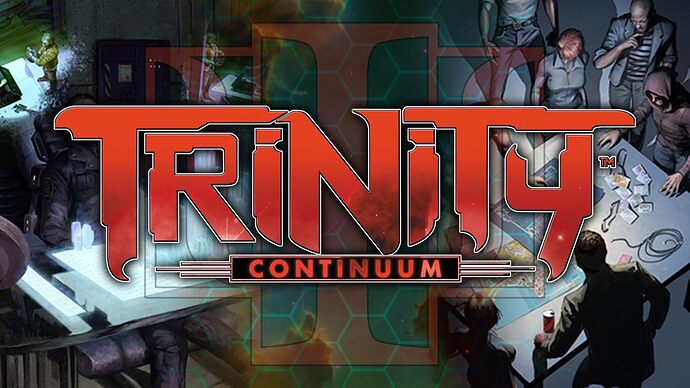