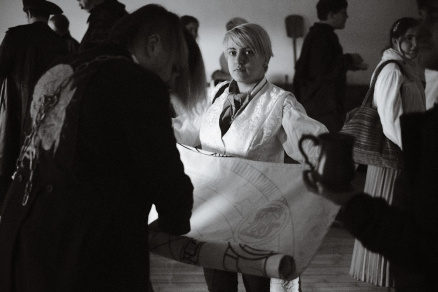 Waking Nightmare is a live-action roleplaying game (LRP) about fear, legends, revolutions and the meaning of courage.
Event 3 is running 31 May-2 Jun near Birmingham. We have a few spaces left for both crew and players.

Our story began as a republic still finding its feet faced an unearthly threat it could barely comprehend, let alone fight. Shadows took form, legends walked, and it appeared that the very sea gave up its dead to haunt the living. You now step into the bloodied shoes of those poor, outgunned agents trying to hold back the encroaching darkness.

OK Jim, but why this game?

Theme
It’s a bit XCOM/Darkest Dungeon. It’s a bit Les Miserables. Event 3 will be set in a college on the moors that currently has a bit of a murder mystery problem, and a LOT of a hungry ghoul problem.

Access
We designed the from the ground up for accessible plot. There’s a lot of meaninful non-combat risk, and a lot of scheduled short fights. We want people to be able to involve themselves in the game on their own terms.