++WINTER UPDATE PHASE IV : FALL TO RISE++
A week or so ago we put a wee listicle up on the Empire group page about combat rules (https://www.playbuzz.com/andyrc10/13-things-people-forget-about-combat) some of the feedback was very interesting, and lead to us taking a look at some assumptions we’d made about combat rules. Consequently we’ve made a few tweaks to wording and adjusted some of the rules. None of the changes are major, I don’t think, and you can find them all here -> https://www.profounddecisions.co.uk/empire-wiki/Wiki_Updates as usual.

+++JUST ONE-SECOND+++
We’ve changed the one-second rule slightly (https://www.profounddecisions.co.uk/empire-wiki/Combat#The_One_Second_Rule). Previously there was a line about attacking as fast as you like, putting the onus on your target to decide how many points of damage to take. We’ve removed this reference and added the line “Attackers should avoid rapid flurries of blows (often call ‘drum rolling’) that could confuse the opponent about how many blows they have taken.”

THIS MEANS: Space your attacks out and avoid drumrolling.

+++HEROIC MEANS HEROIC+++
We’ve added a line into the general CALLS rules (https://www.profounddecisions.co.uk/empire-wiki/Calls): To make any call you must use appropriate roleplaying for the skill or ability that you are using. A heroic blow might be bold and dramatic and accompanied by a mighty roar, while a magic call might involve an arcane flourish and a quick invocation.

Most people were doing this anyway as near as I can tell, but it was worth calling it out as our assumption is that all calls - no matter what the source - should involve either roleplaying delivering a mighty blow, or delivering a spell.

THIS MEANS: Roleplay delivering calls don’t just shout them while walloping someone.

+++STRIKEDOWN+++
We made it explicit that when you are hit with STRIKEDOWN you have to fall over (https://www.profounddecisions.co.uk/empire-wiki/Calls#STRIKEDOWN). By that we mean your arse or your torso must touch the ground before you are able to take any other action or stand up again.

We also added the rule that "You must fall to the ground at most two steps from where you were last struck. This rule allows you to avoid having to fall over in unsafe or particularly wet areas; it does not allow you to make a tactical retreat from combat nor to take any aggressive actions while moving to fall over. "

THIS MEANS: STRIKEDOWN means STRIKEDOWN, basically, but you can take a step or two to avoid going down in a mosh or into a freezing puddle. You can’t respond to a STRIKEDOWN by going down on your knees and continuing to fight.

++REPEL AND THE SINGLE WARRIOR++
We also added some notes to REPEL (https://www.profounddecisions.co.uk/empire-wiki/Calls#REPEL_FAQ) including some FAQ elements to deal with some misconceptions about how it worked.

If you are repelled against a solid surface, you stay there for the remaining ten seconds and you can’t do anything other than talk - that includes attacking, defending yourself with a shield, or parrying. Essentially, if you are forced against a wall and see no way to continue moving safely you’re PARALYSEd for the remaining uration more or less.

We also stuck an FAQ note (because it comes up a lot) that you can hang onto something immobile - but it requires both hands and you are effectively paralysed for ten seconds - and that your mates cant stop you being repelled.

THIS MEANS: You can choose to be incapacitated for ten seconds instead of moving away from the caster under certain specific circumstances.

++MARCHING THROUGH MARCH++
We’re doing a few last tidy-ups of hanging rules issues, but keep your eyes peeled for a splashy new set of pages about one of the barbarian orc tribes (guess which one), and the long-promised re-write of the Imperial Orcs brief. Oh, and the Winds of War writing process is gathering momentum as well, so you’ve got that to look forward to in March 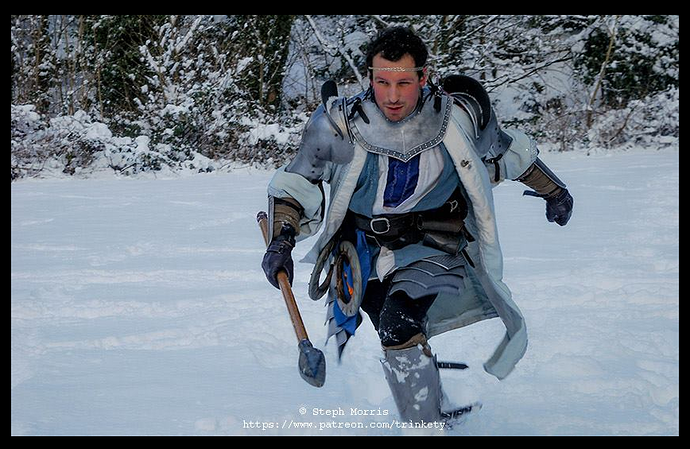 ++WINTER REVIEW PHASE IVA : TYGER, TYGER++
Quick update mostly regarding the Bourse. There’s two changes here, both based around changes in understanding by the constitutional court relating to titles (it’s the tail end of the earlier changes we made to titles last month).

+++AUCTIONING TENURE+++
The first one is pretty straightforward, and a little obscure. It’s not constitutional to create an Imperial position that is auctioned through the Imperial Bourse and has tenure. The reason for this is slightly convoluted, but it has to do with what happens when someone loses a Bourse title they have paid money for - they get their money back. Because the only possible outcome for a position with tenure is that the owner dies, the constitution would require all the money they paid for the seat to be given back to their estate. Which is not ideal.

The restriction doesn’t count for National positions appointed by people with resources - no money is changing hands so no money is reimbursed when someone dies.

I don’t believe there are any existing Imperial positions that are auctioned through the Bourse and have tenure so this is probably mostly scholastic interest to Senators.

+++TRADE ENVOYS+++
Earlier in the month we got rid of the distinction between Ceremonial Titles and Imperial Titles. We adjusted all the existing titles to be Imperial in nature. The one exception were the Trade Envoys because we needed some additional time to work out what to do with them. We’ve finally made our decision and they now have their own page here -> https://www.profounddecisions.co.uk/empire-wiki/Trade_envoy

These titles have been subject to numerous revisions seemingly at random in some cases. For a time they were appointed through the Bourse, although looking at them closely there were some significant issues with the way that decision was made. At some point someone changed the amount of time you held the title for - we think - and we’re not sure precisely why or how. They have in short been a bit of a car crash from my perspective and we have not always dealt with them in an even-handed manner. There’s a bit of a discussion around this in the Constitution section.

As of now, they are tenured Imperial positions appointed by vote of the Imperial Senate that have no legal powers. They’re Imperial titles, which means you can’t have them alongside another Imperial title.

If you currently have a Trade Envoy title, I’d like to ask you to e-mail PD at plot@profounddecisions.co.uk and let us know the details so that we can double check that our records of who has which title are up to date (I am 78% confiden they are not).

+++SHORT AND SWEET+++
That’s it. The photo illustrating this post is by Beth Dooner
#Othersideofthehedge, #Imthinkingofmovingsomewherelarger, #Thankgoodnessthatsfinallydone 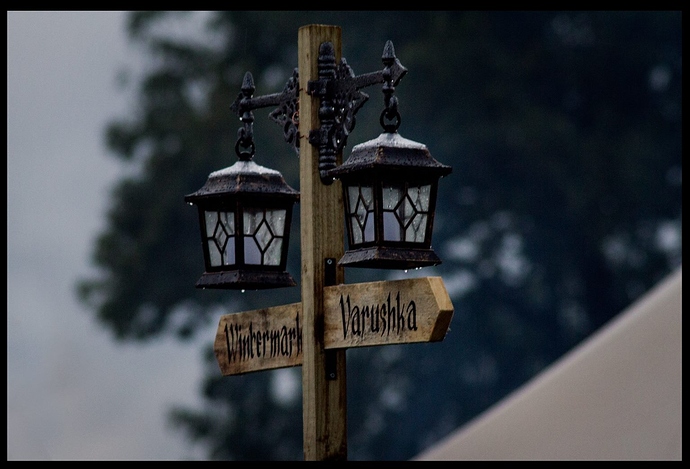