What would you tell new players to try and convince them to play in Highguard? What do you think is cool about Highguard? What does it give you that others don’t? What are some of the cool bits of the brief that people might miss?

Go on, sell me on Highguard as a nation

Do you like the Way as a strong influence on your character?
Join Highguard, they love telling stories about the true deeds of paragons*, they are super dedicated to being bang on brief for the Way **, and ever vigilant *** for opposition to the honest, radical truth that denies the mere myths and grovelling of foreign idolators.

They’ve got a strong central theme of Virtue Is Important, but very individual interpretations of how, as a chapter, you should best express your Virtue by acting. Given that, it’s easy to have “Do the Virtuous Thing” as a backup motivation for any character when you’re short of ideas.

** Just ignore the chapters who might be kind of hung up on their own personal creed, maybe even to the exclusion of what most people agree a virtue is.

***And let’s not forget Yael Of Felix’s Watch, gold medal champion of Heresyball 381.

As you can tell, they’re not one dimensional zealots by far, there’s internal conflict potential all over the place, and plenty of space to cause some trouble

Personally I find that the most fun way to do Highguard is to play the brief straight down the line, it’s something people don’t expect

I think Highguard is ace because you can play big damn heroes, the entire nation is founded upon the desire to save the whole human race and help them ascend to…something else. You can play that completely straight up, genuine, faithful hero who only wants to help people. And there’s a load of different and fun ways to play that. Highguard is full of fun and interesting interpretations of the brief, I don’t think any concept has been done to death by players.

Also coming up with a Chapter, their creed, history, traditions and all the rest is loads of fun, especially deciding on your colour scheme and logo

The Virtues are great fodder for playing a faithful character who isn’t the cliched fanatic or priestly enemy of fun. Things like the way Pride and Loyalty both extol raising people up. The way Courage goes never give up, change your approach and try again. Prosperity being about sharing and enjoying the fruits of your labor. The Way is at it’s strongest when you embrace the fact it’s completely different to Medieval Christianity and that there’s so much depth to play with. It doesn’t give you spells, but you get deep and meaningful roleplaying moments with people about their faith. And you don’t even need to be priest of any kind, you’re kinda of automatically the religious expert in any group of Citizens

Also Highguard is super stylish, you like bold two colour looks? We got you. Long swishey robes and dresses

Tasteful jewelery and circlets for all

Awesome hairstyles and braiding for everyone

Also it’s one of the easier nations to do basic but cool costume for, as robes and tunics are some of your easier sewing projects

Oh, yeah, definitely! I wasn’t pitching that as “Be as eccentric as possible”. More to say that wherever you pitch your character, there’s ways to contest and argue about the Right Thing. Even the very orthodox end of Highguard is not a couple of hundred black and white PCs agreeing in a field. Within the bounds of the brief you’ll find characters who have a distinctly different take to you, and even within Highguard there’s still distinctly Highborn flavours of troublemaker for a straight down the middle no-nonsense PC to root out.

As a new player I’ll say what made me go for Highguard?

Their unbendable belief in themselves and their absolute right to be where they are. Their kit is the most uniform in style and colour. You can start out simple and build from there with ease of variation.

There’s a lot of scope about what to play, you can play the more lenient highborn or you can be the strictest ruthless stern traditionalist and even within the nation that will cause game to happen.

Then there’s the reputation with other nations, even this question has cause a lot of Facebook responses that poke fun at Highguard and that’s just a lot of fun to play with, that expectation of you to be a certain way or if you wanna be highborn about it, the sheer jealousy

Their history, their presence on the field, their kit, their scope for play and their status with other nations just makes me very keen to play Highguard. Not to mention the players I’ve spoken to so far have been the most welcoming and helpful people I’ve had the pleasure of speaking to!

Highguard is a fascinating nation that is seeped in history that is both contentious and inspiring. It is a nation that takes responsibility for the Empire and are its literal guardians. Our focus is on Virtue and the soul which are deeper and more long lasting than Dawn’s Glory, or the League’s wealth.

Our hearth magic allows us to remember the dead to the fullest on the chiming of bells, the washing of hands reminds us of the purity and essence of the soul and the veiling of ourselves not only keeps us from the sights of Eternals, but allows us to speak as Virtue itself.

If you ever want to experience true immersion in LARP consider participating in Highguard’s Day of the Dead.

Highguard gives you a marvellous opportunity to take a strong position on anything. You’re guided by Virtue, and it’s Virtue which has made the Empire what it is. It’s a great opportunity to be rock-solid-certain on something you decide is the basis of your characterisation, and stick to that against all comers.

Because they are all wrong. You’re Highborn, and so you can’t be.

And you can look like a low-fantasy space marine. Godamnit, what’s not to love. 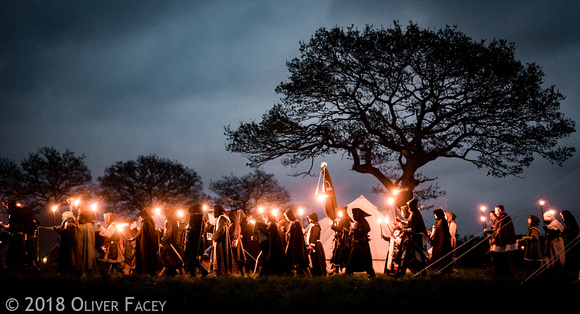 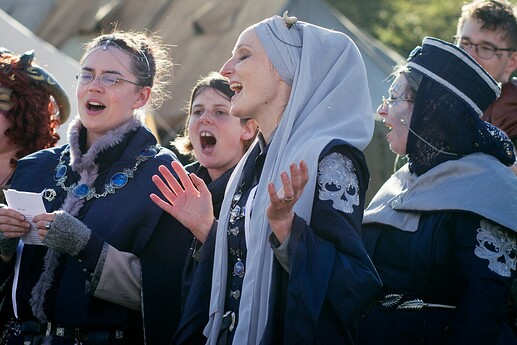 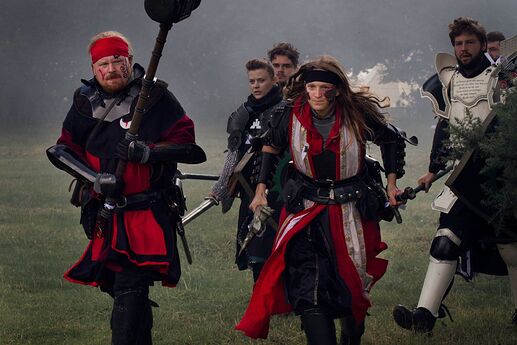 And you can look like a low-fantasy space marine.

Harry beat me to it.

Nothing more to say.

We look exactly this badass: 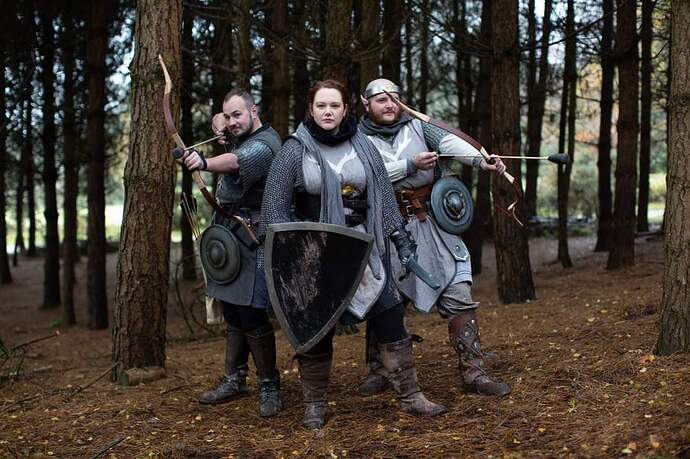